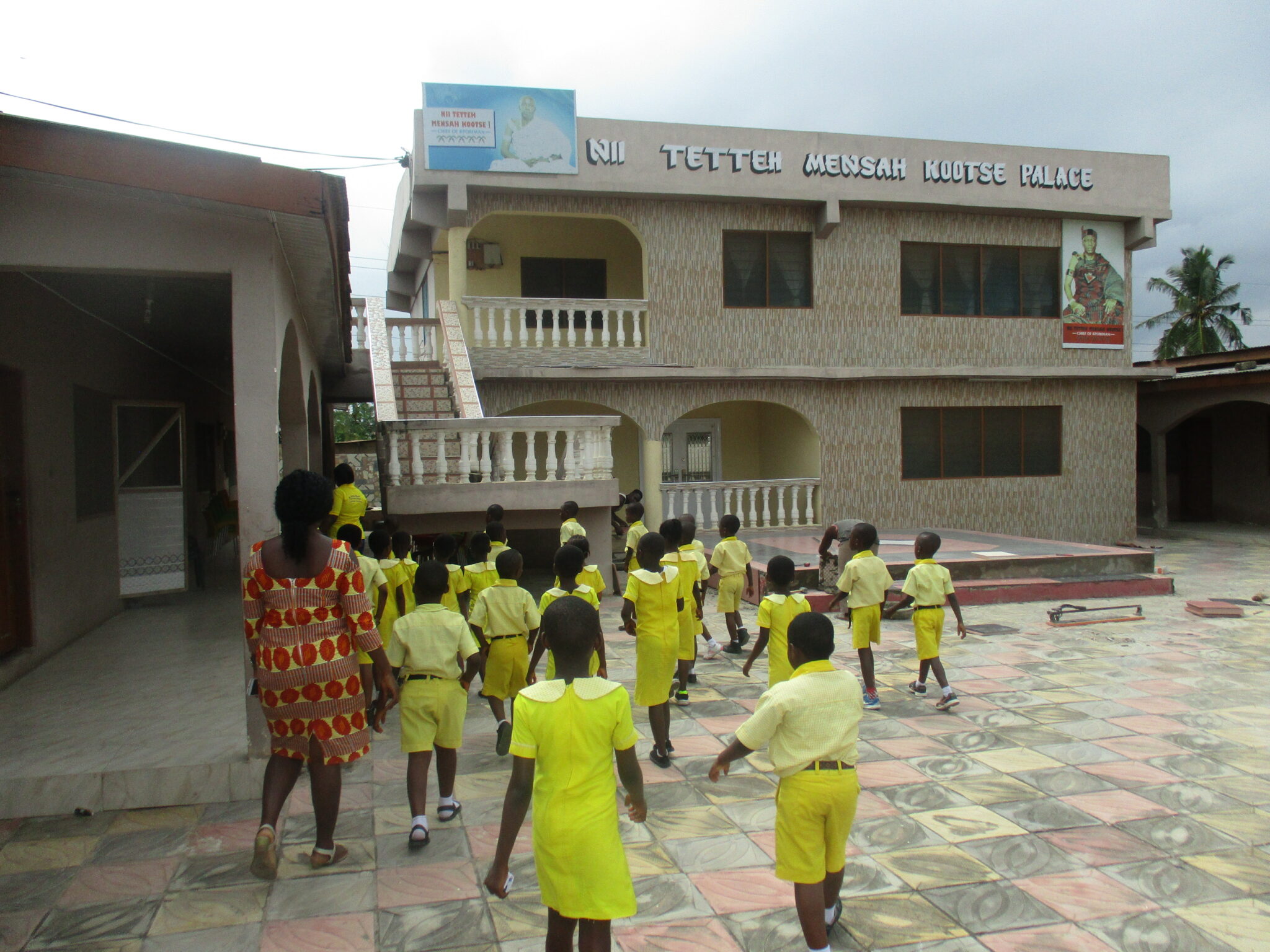 Like most other African nations, Ghana has rich, traditional culture that differs from one ethnic group to another. Along with different ethnic groups and cultures, 52 separate languages and hundreds of dialects are spoken in Ghana.

Preserving the culture of this country means passing on customs, practices, places, objects, and values from generation to generation.

In regard to Cultural Heritage, our kindergarten 2 students went on a trip to Nii Tetteh Mensah Kootse Palace, a traditional palace at Kpobiman, Accra – Ghana.

Nii Tetteh Mensah Kootse I is the Chief of Kpobiman in the Ga West Municipality of the Greater Accra Region.

The Ga are one ethnic group that live primarily in the Greater Accra of Ghana.

The Ga people celebrate the Homowo festival, which literally means “hooting at hunger.” This festival originated several years ago. It is celebrated in remembrance of a great famine that hit the Ga people years back. It is mainly a food festival which celebrates the passing of that terrible period in Ga history. It takes place in August every year and is celebrated by the Ga.

The celebration begins with the planting of maize, which will be used in preparing the food for the festival named Kpokpoi. During this period, noise making is prohibited or banned since it is believed that it will hinder the maturity of the crop.

These are basically the key things our students learnt from the palace.

The traditional drums are used in sending information to the people of the community. All drums have different sounds and meaning as they are played.